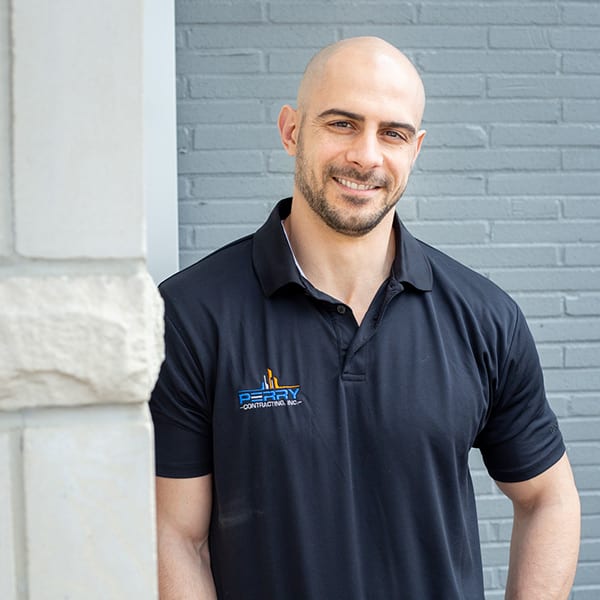 Luke Perry started at Perry Contracting when he was just 5 years old accompanying his father, Jim, on job site inspections and eventually progressing to site clean up and demolition as he got older.  Luke always knew that he wanted to be a part of Perry Contracting except for a short time in 8th grade when he thought that major league baseball might work out for him.  He has now been with the company in a professional capacity for 7 years.

After graduating from Penn State in 2009 with a B.S. in Civil Engineering, Luke began applying his construction management skills while working on a range of different construction projects in Washington, D.C., including the nearly $1 billion project to build a new hospital at Walter Reed Medical Center, where our nation’s wounded warriors receive care. In 2013, Luke moved back to Cincinnati with his wife and officially joined the Perry Contracting team as a project manager.  He believes that his meticulous attention to detail and problem-solving skills are key to the success of the construction projects he runs.

Luke is actively engaged in the construction community through serving on the board of directors for the Ohio Valley Associated Builders and Contractors, acting as co-chair for a construction industry emerging leaders group, and participating in a peer-group roundtable through the Goering Center.

Luke enjoys exercise, home improvement projects, playing the piano and guitar, and roughhousing with his son, daughter and dogs.

What you didn’t know about Luke

Luke was once a dancer at a Britney Spears concert.

“There are no secrets to success. It is the result of preparation, hard work, and learning from failure.”
– Colin Powell